Bow-Ties vs the World Results

August 24 was a heck of a busy day, with well over 100 vehicles showing up, a handful of contests, and a generally excellent hot Saturday Afternoon enjoyed by all (or at the very least, most) there's a LOT of photos and info coming up about the money raised for Kids with Cancer Society.  Thanks to all contributors, participants, sponsors, and everyone else who took part.  Below are the award results and photos. 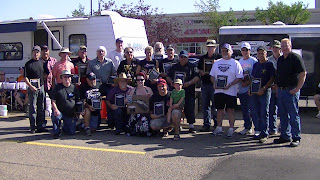 Best of the Tri-5 sponsored by Showtime Auto Refinishing & Accessories

Thanks again to all club members and their families for their assistance - as well as the following:
Precesion Performance, A&W Drive-Ins, Chili's Texas Grill, Landon Graphics, Yuk-Yuk's Comedy Club, Mike's Brite Lites, Adams and Son Literature, Edmonton Kenworth, NHRA, Anita at Northgate Centre Mall and Ken (The DJ for the event)