Best wishes to everyone on behalf of the Edmonton & Area 567 Club.  Here's to a fantastic 2017 filled with great moments and memories with loved ones. 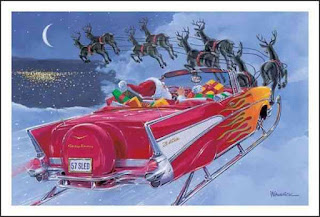 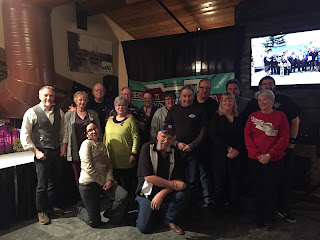 The meeting was opened with the Prez. Roy M. reading the minutes of the October meeting & all was accepted by those in attendance.

The Treasurer’s report was given by Jim K. The account is in good standing and the only cheque outstanding id the donation cheque to Kids with Cancer. (EDITORS NOTE - This was rectified)

The Non Profit application to the Province has been sent in & we are just waiting for the approval.

New Business:
The club had a location again at the Red Deer Swap Meet presented by Quick Times Magazine. We again had lots of people dropping by and inquiring about the club.

Roy M. & Keith G. are working to have a 2017 club calendar printed.. More to come before year’s end.

World of Wheels car show is returning this spring and maybe we can put to-gether a club display. Jim to check into this and report given at the January meeting.

The Annual Club’s Christmas dinner is on December 7 @ Black jack’s Roadhouse.
Deadline for tickets is November 16 ( to arrange the menu ) Contact Don C.

We had a guest speaker for this meeting, Mr. Reg Adams. His presentation and idea were brought forth to those in attendance. His concept is to hold a indoor Spring Swap Meet in the city with a car club aiding him on the operation of the event. He brought out 3 different locations, all on the South Side of Edmonton that would be good spots to hold such an event. His proposal to us is to assist him in the areas of advertising, supply volunteers ( for move in night, day of event & clean-up), event security and admission gate. The benefits to the club, is a even split of the profits to us, the opportunity and the recognition that the club would receive for this venture. Jim had stated that the club would only submit $1000.00 to the venture and that 12 or more members would have to commit to assist in this event..
Many questions were brought forward such as table rental costs, event insurance coverage all members volunteering, First Aid attendants, Fire regulations etc. Plus who the person or group in charge would be, admission & vendor cost.. Before anything can be moved forward, Jim made a motion that the volunteers needed & commitment from them should be addressed first.. A deadline date was presented to Reg, to complete the first stage ( volunteers ) which is December 7, 2016.. As of this print we have only got verbal commitment from 7-8 people.. A mini meeting was held after the Main Meeting with members that showed interest to this venture, to discuss this idea and concerns that we have to deal with.. The final decision on this will be made by the club members at December’s Christmas supper at BlackJack’s Roadhouse, Nisku AB.

The club will be at the Stony Plain Swap meet again, to promote our club and sell some items that some members want to get rid of.

Old Business :
None was discussed .. The presentation of our Donation Cheque to the Kids with Cancer had to be addressed & Roy M. to make the trip over to their office to give them the cheque.

Club Website:
October had 1956 visitors, pushing us over the 80,000 visitors mark since we revamped the website, about 3-4 yrs. ago… The most viewed sites were our event results, the event pictures and members page.. A new membership form has been posted with Don’s new mailing address


THERE WILL BE NO DECEMBER MONTHLY MEETING DUE TO THE ANNUAL CHRISTMAS SUPPER ON THE DECEMBER MEETING DATE
50/50 Draw
Cash was won by Jim K. the Snap On waste paper basket won by Armand L.
The tri-five book ( supplied by Reg Adams) won by Kellen K.
Meeting closed @ 8:30 P.M Minutes recorded by Bernie M.
By Website Admin - December 04, 2016 No comments: