Well, The Saskatoon Santa Claus Parade was held on Nov 17. 6 - Saskatoon 567 Club vehicles made up our "float". Al Carlson, Jerry Demeria, Peter Gall, Jim Cruse, Garry Cherneske and Cliff Oviatt all had their cars there. The Davies Family was there in support and our 567 banner carriers. There was a nice gentle snow that fell most of the day. We had walkers,Nancy Cruse and Larry Crandell handing out candy to all the kids along the parade route. Not sure who had more fun, our members or the kids!! Our Club won best Motor Vehicles display for the parade. Thanks to all the members that brought their cars down and the members or spouses and friends that supported the parade and the club!

Special thanks to Al Sweet and Jerry Demeria for passing this along.
By Website Admin - December 15, 2013 No comments:

The Edmonton & Area 567 2013 Christmas Dinner was held on Dec 4th @ Black-Jack’s Roadhouse, The food was superb!! and the Fellowship was terrific!

There were 13 gifts up for draw for all those in attendance also.. Special thanks goes out to Don Cornish for setting up this outing for the Club..

A special moment had occurred when the Car Club members recognized the efforts of Richard Wheatley , Don Cornish & Jim Kennedy. These fellows have contributed over many years to the support &
efforts to the Edmonton & Area 567 Club .. A very touching moment!
Please note: in the award picture presentation, Daymion Weiss( our V.P) accepted the award for Richard Wheatley as Richard was unable to attend, But Jim ( Perogy Prince) & Don ( Da’ Cranberry Guru) were there!!

Below are pictures taken at the event - if you attended and have photos of your own - feel free to send them to our email address. 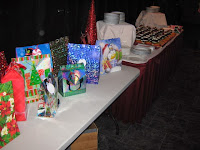 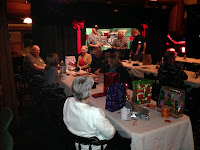 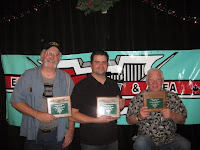 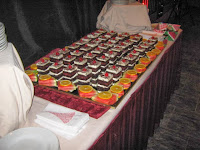 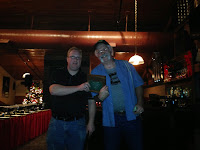 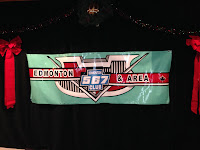 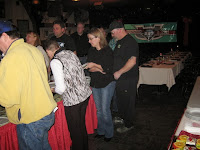 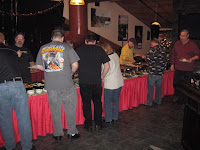